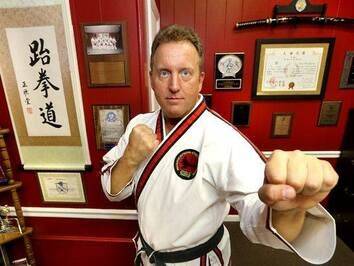 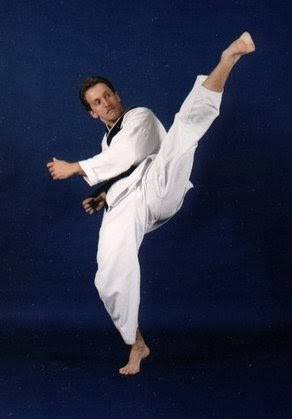 Master Stevens is the owner and Chief of Instruction at the Stevens Family Taekwondo located in Murfreesboro, Tennessee.

He began training Taekwondo in the late 1970’s under the instruction of a family member Mr. Robert Morris. In 1980, his training continued under Morris’ instructor Master Shin Young Kong. In 1987 Master Stevens met Grandmaster Robert Hardin and subsequently decided to join his organization, Mid-American Tae Kwon Do Centers (MATC), now known as Choong Sil TaeKwonDo Federation (CTF). He spent the next several years training with one of Grandmaster Hardin’s students, Master Brad Whitlow. In 1994 Master Stevens established his own school in Murfreesboro, Tennessee, Stevens Family TaeKwonDo.

In June 2018, Master Stevens tested for and received his 8th Dan (degree) and Sr. Master certification from Grandmaster Robert Hardin and the CTF. He also holds 7th Dan certification with the World Taekwondo Alliance (WTA) as well as 7th Dan with the Korean Moo Duk Kwan, and a member of the ITF Union. He competed both nationally and internationally for many years throughout his long career in the art, and now takes joy in the many great competitors that train at his school. Master Stevens has had many of his black belts earn national championships, and several of his students have gone on to open their own schools. Master Stevens now serves as the CTF International team coach which he has been doing for the past several years.

Master Stevens loves the fact that his school has become what it was named to be, a big family. He never tires of watching students go through the ranks of Taekwondo and seeing the effect that it has on their lives. “These students are more than just students, they are family.” His goal is to continue to teach traditional Taekwondo in a strong and loving way for as long as the good Lord will allow him to.

Stevens Family TaeKwonDo is a full service, traditional martial arts studio located about 20 minutes outside of Nashville, Tennessee in Murfreesboro.